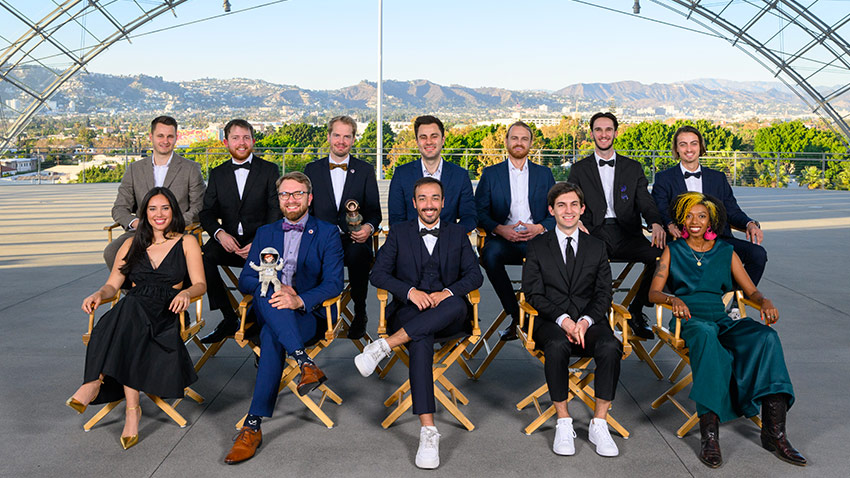 Gold for ALMOST HOME by Nils Keller in the category "Narrative".

In the story, the 31-year-old tells a mother-son conflict set in outer space. With this film, the author and director graduated from the HFF Munich in the feature film directing department headed by Prof. Dr. Julia von Heinz and Prof. Marcus H. Rosenmüller.
Nils Keller accepted the award at the David Geffen Theater at the Academy Museum of Motion Pictures in Los Angeles.

Congratulations to the whole team from the bottom of our hearts!!!

By the way, you can watch the whole ceremony here - at 01:02:00 it starts with the category "Narrative": https://youtu.be/ILOtFv7nfkk